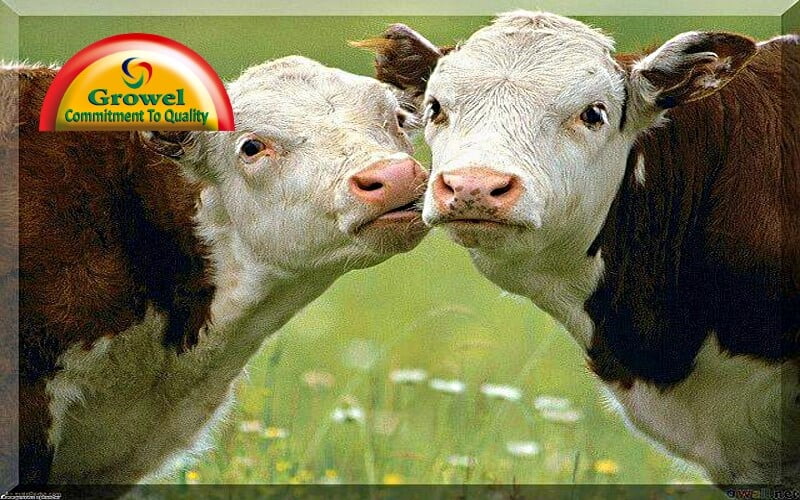 Vitamins-Minerals supplements are vital for cow fertility.As farmers strive to improve milk production, often the reproductive performance of the cow is jeopardized.  This is commonly due to the cow prioritizing the use of nutrients to maintenance (survival of the animal) and lactation prior to the needs for reproduction.If inadequate amount of Vitamins & minerals for cow fertility are consumed then reproduction is forfeited.

A recent study conducted in South Australia to address the causes of sub optimal reproductive performance found that 27.2% of reproductive problems could be attributed to inadequate nutrition.

Research has indicated that there is no single nutrient needed for reproduction that is not also needed for growth and lactation.  Therefore, by feeding to meet all the nutrient requirements of the animal during the critical periods of life, reproduction is not adversely affected.

An animal requires energy, protein, minerals, vitamins and water in the correct levels and balance to optimize lactation, growth and reproduction.  Imbalance or deficiencies will result in sub optimal performance and health of the animal.

Insufficient energy supply or a negative energy balance is considered the most common form of nutritional infertility.

Insufficient dietary protein has been associated with a delay in the onset of puberty and an increase in days open.  Rations with over 18% crude protein have been shown to lead to lower reproductive performance in high producing dairy cows.  This is thought to be due to excessive ruminal degradable protein (RDP), causing excessive ammonia and urea levels in the bloodstream servicing the ovaries.

This article’s emphasis is on the micro nutrient effect on fertility; therefore neither energy nor protein will be expanded upon.  This does not lesson the importance of energy and protein with respect to fertility.

A calcium deficient diet generally results in milk fever.  In turn, the affected cow also has an increased likelihood to exhibit reproductive problems such as retained placenta, dystocia, a higher incidence of cystic ovaries and a reduction in conception.  A calcium deficiency may also result in a delay in uterine ovulation.

Phosphorus’ role in energy metabolism augments the problem of energy deficiency on fertility.  In general, as pastures mature, both the energy and phosphorus levels decrease.  Severe phosphorus deficiency results in low conception rates, delays the onset of puberty and post-partum estrous  and contributes to non-functional ovaries.

The calcium/phosphorus balance is vital to the animal’s production and fertility.  An improper balance may result in weak or silent heat.  For example, in situations of high calcium levels associated with legume pastures, if insufficient phosphorus supplementation occurs, conception may be jeopardized.  If the ratio of calcium to phosphorus is greater than 3.5 or less than 1.5, fertility is known to be impaired.

Zinc levels are found to be low in many coastal areas of Australia.  Zinc is integrally involved in the immune system, which is vital to the overall health of the animal.  Zinc deficiency will result in an increase in embryonic mortality and a reduction in conception rates.

When copper levels are inadequate, lower conception rates may occur.  Early embryonic death, abortion or mummification of the fetus may also be exhibited.  Excessive intake of copper has also been shown to adversely affect reproduction.

Conception level may be as low as 35-40% when a manganese deficiency is prevalent.  Manganese deficiency will affect the male’s spermatozoa motility and numbers, while resulting in silent heats, irregular estrous or infertility in females.

To meet the nutritional demands of the high producing dairy cow, dietary supplementation to compliment the pasture is sometimes warranted.  The addition of grain without supplementing the needed fat soluble vitamins (vitamins A, D and E) may lead to a deficiency.

Beta-carotene, the precursor to vitamin A, may also affect fertility.  Animals fed adequate vitamin A levels, but limited in carotene have been shown to have irregular estrous cycles, higher rates of cystic ovaries and an increase in silent heats.  Other research has shown no improvement in reproductive performance when feeding beta-carotene.  At the present, the research is conflicting with respect to the efficacy of beta-carotene’s role on reproduction.

Vitamin D deficiencies result in suppression of the signs of estrous and delayed puberty.  Calves are often born with rickets.

Alpha-tocopherol is the most biological active form of vitamin E and is the compound normally found in feed stuffs.  Vitamin E has a role in the immune system.  Vitamin E and selenium supplementation have been known to decrease the incidence of retained placenta, metritis and cystic ovaries.  The time for uterine involution to occur in cows with metritis is also decreased with supplementation.  The addition of both vitamin E and selenium is more effective than the addition of either alone.

Please have a look at table below the role of Vitamins-minerals for cow fertility and reproduction performance.

Nutrient demands for maintenance and lactation take priority over that of reproduction; therefore the feeding program greatly influences the reproductive performance of the animal, particularly in the high producing dairy cow.  It is necessary to feed the dairy cow to optimize growth, milk production and reproduction.You should also read  Importance of Nutrients for Cattle.

If you are into dairy or cattle related business & want to earn maximum profit in your business then please join our Facebook group How To Do Profitable Poultry & Cattle Farming ?