Vaccination for Dogs is why it is so important ? Because viruses are the smallest bugs scientists know of. You can fit 25 million viruses on the period at the end of this sentence. Viruses must grow inside a host cell; they can’t replicate on their own. Although this fact may seem like it would be a disadvantage to a virus, it’s exactly what makes viral infections so hard to fight. After all, how do you kill a virus that’s living in a cell without killing the cell itself ? Because of this problem, very few drugs effectively treat viral infections, and many of the existing antiviral drugs are quite toxic.

The key to fighting a viral infection, therefore, is to make sure that your dog never gets infected, and the best way to accomplish this is to vaccinate him. Most of the vaccines given to dogs are designed to prevent viral infections: rabies, distemper, parvovirus, parainfluenza, and adenovirus (and kennel cough, though that can also be caused by bacteria). The following sections provide a little bit of information about the worst of the bad bugs. When you know what they can do to your furry friend, you ‘ll never want to get behind on his vaccinations. As always, talk to your vet about which vaccinations your dog may benefit from.

When Should My Puppy Be Vaccinated?

If his mother has a healthy immune system, a puppy will most likely receive antibodies in mother’s milk while nursing. Puppies should receive a series of vaccinations starting at six to eight weeks of age. A veterinarian should administer a minimum of three vaccinations at three to four-week intervals. The final dose should be administered at 16 weeks of age.

This viral infection is the most important infectious agent that you should get Vaccinating for Dogs. Rabies vaccinations for dogs is so important.

Parvovirus attacks and kills the cells that line the small intestine. As a result, the dog cannot absorb the fluids in the intestine and the dog develops diarrhea, often with blood. Dogs with parvovirus often vomit because of the upset in their digestion. Some people say that they can smell a particular odor in parvovirus-infected puppies. Mildly affected dogs may recover in a

few days, but severely affected dogs become depressed and dehydrated, and can die within a day or two. The severity of the parvovirus infection depends on the dogs immunity to the virus. Dogs with inadequate immunity, especially puppies, still continue to die of parvovirus enteritis despite treatment. If your dog has diarrhea for more than 24 hours or has diarrhea with blood in the stool, seek veterinary attention.

Puppies should receive their first vaccinations against parvovirus at 5 to 7 weeks of age. They then should receive booster shots every three to four weeks until they have had at least three shots. Your veterinarian will provide you with a schedule for your puppy’s vaccinations. Stick to the schedule as closely as possible.

Kennel cough got its moniker for obvious reasons: Dogs commonly contract it from other dogs in kennels, and it causes coughing. Some vets are beginning to prefer the term canine cough, as your dog doesn’t have to be in a kennel to contract it.

Kennel cough, also called infectious tracheobronchitis, can be caused by a single virus or a combination of viruses, particularly canine adenovirus-2 and canine parainfluenza virus. A bacterium called Bordatella bronchiseptica also can cause kennel cough alone or in combination with one or more of the viruses. Sometimes the viral infection impairs the normal defense systems of the lung, allowing bacteria to enter the lung, replicate, and cause pneumonia.

Dogs infected with kennel cough have a dry, hacking cough that often has a honking sound. At the end of a series of coughs, the dog may gag or retch so severely that it seems as if the dog will vomit. Indeed, sometimes the dog brings up a little frothy material at the end of the cough. The coughing worsens if the dog is exercised or becomes excited. Dogs may also have a watery discharge from the nose or eyes. Kennel cough itself lasts from seven to ten days, and dogs recover without treatment. If a dog contracts a secondary bacterial pneumonia, however, the results can be much more serious and, without treatment, can result in death.

The infection is highly transmissible between dogs and can spread like wildfire through dogs in a kennel or at a dog show (hence the kennel part of its name). Dogs are infectious before they show signs of coughing, and sometimes even after they have recovered, so it is hard to prevent transmission. The best prevention for kennel cough is vaccination. Because several agents can cause this infection, vaccination is not foolproof, but vaccinated dogs who do become infected usually have milder symptoms.

The most effective vaccination protects against parainfluenza virus and Bordatella, and is instilled into the nose of the dog. This vaccine consists of a live virus that has been modified so that it cannot cause severe disease. It can, however, cause a mild cough for a few days after vaccination, and can even be transmitted to other dogs during that time. Because of these side effects, however mild, most veterinarians suggest vaccination only for dogs who are at high risk for infection. This category includes dogs who regularly go to dog shows, are boarded at kennels, attend doggie daycare, or commonly have contact with other dogs. If your dog has a persistent hacking cough for more than 24 hours, call your veterinarian.

Distemper is a vaccination for dogs success story. Once the scourge of the pooch population, now most people have never heard of a dog actually having this infection, because vaccination programs have been highly successful in reducing the incidence of the disease.

The canine distemper virus is particularly wily. The first thing it does after entering the body is spread in the blood to all the lymph nodes and kill the lymphocytes that reside there. Lymphocytes are the major cells for antiviral defense, so the infected dog becomes severely immunosuppressed (and at risk for many other illnesses). This action allows the virus to replicate in the lungs (and cause pneumonia) and the gastrointestinal tract (and cause diarrhea and dehydration), and even to enter the brain (and cause encephalitis, paralysis, and seizures). In addition, because the virus causes immunosuppression, infected dogs frequently contract secondary bacterial and parasitic infections that can also be life threatening.

The first signs of distemper may be a discharge from the eyes accompanied by a fever. The dog may also be coughing, exhibit weight loss, suffer from diarrhea, and lack interest in food. The signs of distemper are so varied that any young puppy who is sick should be taken to the veterinarian for a definitive diagnosis. About 50 percent of adult dogs and 80 percent of puppies who contract distemper die, and dogs who do recover often retain lifelong debilitations such as seizures, blindness, and lameness.

As with most viral infections, treatment for distemper is limited. With supportive care, some dogs can pull through, but the key to beating this disease is to prevent infection by vaccination. Inoculating puppies when they are still very young is important and effective.You should also read Importance of Proteins ,Vitamins & Minerals for Dog .

You can join Dog & Pet Healthcare Facebook group for getting regular guidance of yours dogs & pet’s health. 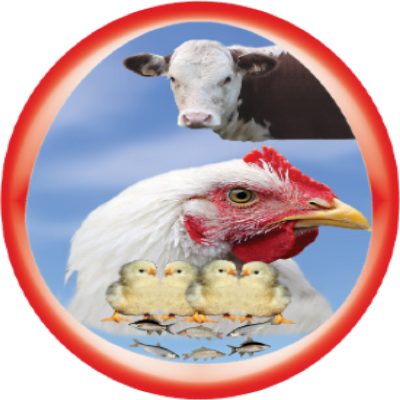 Click Here For WhatsApp Support Growel Agrovet Private Limited
× How can I help you?